Benialí is located at an altitude of just over 300 metres above sea level, on the right bank of the Gallinera River. It has 138 inhabitants (according to a 2019 census) and is where the administrative infrastructure of La Vall de Gallinera is located. Historically it was also the geographical centre of the nineteen farmhouses that once existed in La Vall de Gallinera.

Benialí was founded on a small oval plain that is clearly delimited by two steep ravines, which are ancient landmarks on the west and east faces of the ledge. Later on, due to the proximity to the road, part of the village was built on an upper ledge with a 20% gradient.

Benialí has a fountain inside the village, called Font de la Concepción, which is dedicated to the Virgin Mary. The water comes from higher up, within the ravine that crosses the village. The fountain has a washing place next to it and the excess water goes to a drinking trough and from there it is directed to a pond located next to the path called Camí de Les Hortes, which goes all the way to the old mill, popularly known as Molinet. In the municipal charter of 1611, a flour mill is mentioned (run by Salvador Cerdà, a blacksmith who resided in Benitaia), where all the vassals of La Vall de Gallinera had to grind their wheat, which could therefore have been the old estate mill.

The church of Benialí is located in the same square where the settlement charter was signed in 1611. Just to the left of the church there was the old town hall, the manor butcher’s shop and the manor house, called La Casa de la Senyoria (1864).

The manor house of La Vall de Gallinera was located in the square of Benialí, at number 22, within the block of houses to the right, with a surface area of 3,088.33 square metres and a height of 3.66 metres. On the right it bordered with Carrer del Trinquet, in front was the house of Joaquin Moll, and to the back it had Francisco Alemany de Silvestre’s house. The house consisted of two floors. It was sold at a public auction on the 30th of September, 1864. During the Second Republic, this house was the headquarters of the PCE (Spanish Communist Party) and a party radio station operated there.

The church of Benialí, dedicated to Saint Roc, has two naves with chapels between buttresses at the ends of each nave; the central nave has a higher ceiling than the lateral nave, which is located next to the Epistle side of the church. The central nave has five sections with a ribbed vault, and a fourth section with a flat slab and a slanted roof. Access, marked by a pointed arch, is through the main nave. The bell tower is located next to the entrance. It consists of two sections and is topped by a very simple red tile decoration. It has a neo-Gothic style in the ribbed vaults, the pillars of each section, the decoration of the chapels and the use of the pointed arch. 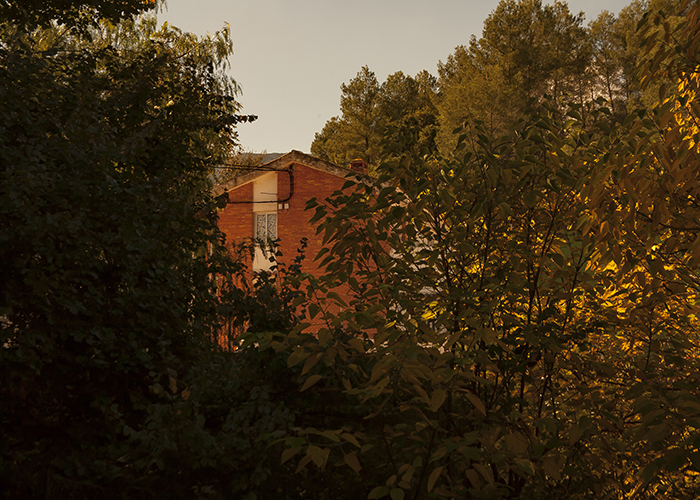 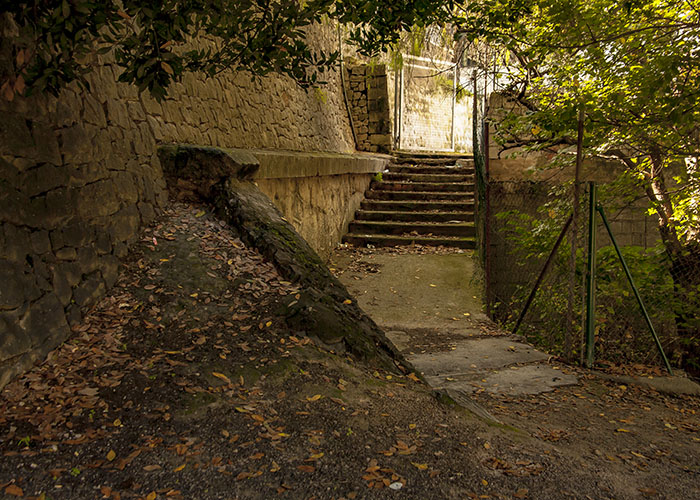