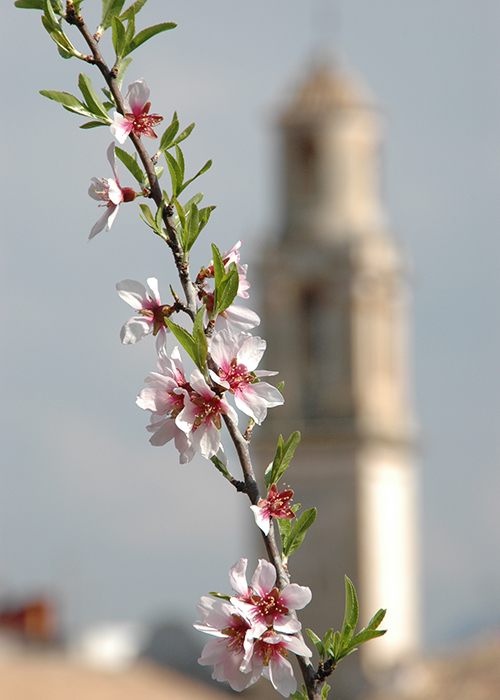 LA CARROJA has also been called Rachalosa, Caroja, Queroja, Carrocha and Carosa. It appears documented for the first time in Llibre de la col·lecta del morabatí de les valls de Gallinera i Ebo (1369). The etymology must be sought outside Arabic, with some authors suggesting that it is pre-Roman.
The village is located on the right side of the valley, 360 metres above sea level, at the foot of La Foradada. It has 20 inhabitants, according to the 2019 census.
Sitting on a kind of ridge going from south to north, narrow and elongated in a direction perpendicular to the valley, it looks like a linear village, built around a single street. The royal road reached the village from the south. Currently, the road passes by at a higher level and the area of houses on Carrer Carretera has grown around it. When entering the village, on the left lie the lower fountain (Font de Baix), the washing place and a pond.

Straight away, also on the left-hand side on a kind of corner, stands the church which was founded on the 16th of December, 1682, with a license granted to the Duke of Gandia by the Archbishop of Valencia, Juan Tomàs de Rocabertí, under the invocation of Saint Francis Borgia (Francesc de Borja, en Valencian). It is a neoclassical building with a single nave covered by a barrel vault, with blind lunettes, resting on pilasters, between which the side chapels are located. The bell tower is located at the foot of the temple, next to the Gospel lectern, and consists of two parts, topped by a small dome. The main door is lintelled and does not have any kind of ornamentation.

The whole village can be crossed by going down Carrer de Sanchis Guarner, with a quiet and peaceful walk that invites the stranger to enjoy the diversity of architecture and traditional elements. At the end of the street is a small square, and if one wants to continue the walk, it is necessary to go along the La Carroja cattle path, a dirt road which goes past a slender and leafy nettle tree. After a downward slope, the path turns left and becomes a trail, taking the hiker to an old threshing floor where the inhabitants of La Carroja threshed their wheat. The river can then be crossed by way of a bridge called Pont dels Moros. The path crosses the ravine and leads the hiker along the river to an old rehabilitated landfill. From there it is possible to go to the CV-700 road or continue through the ravine so as to arrive at the lower part of Alpatró.

Nowadays it is possible to say that the village has overcome its decline: during the sixties it was practically abandoned and most of the houses were in ruins. From the mid-seventies onwards, a new wave of settlers arrived, many of them from La Safor and the Alcoy area, buying and rebuilding the houses. Thanks to the construction of the valley’s municipal swimming pool next to La Carroja, it has established itself as a holiday village, with pretty much all of the houses now completely rebuilt and refurbished. 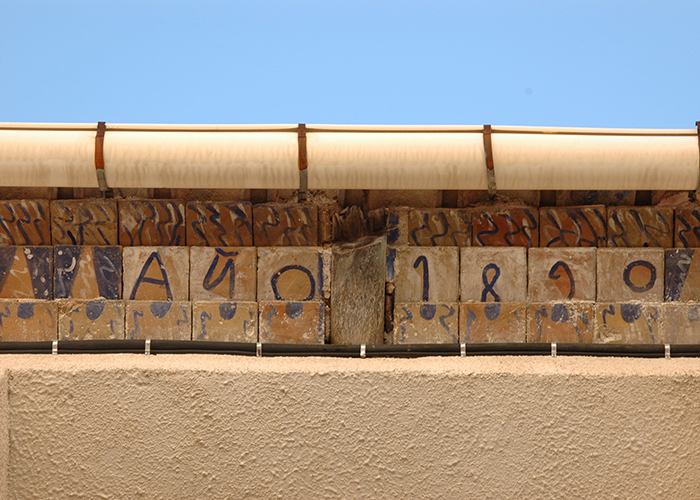 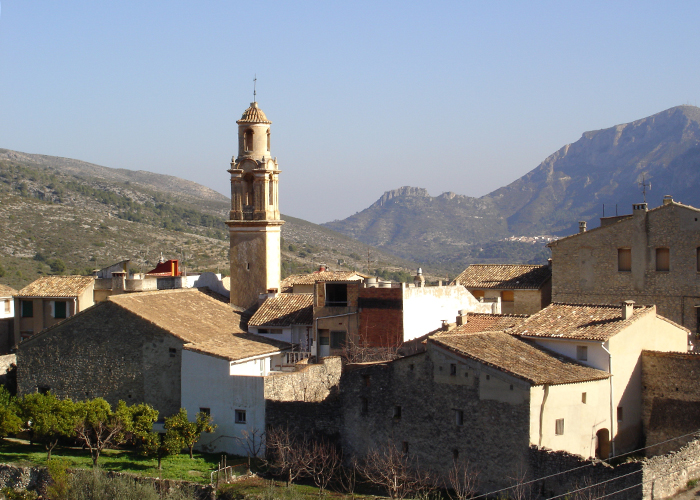 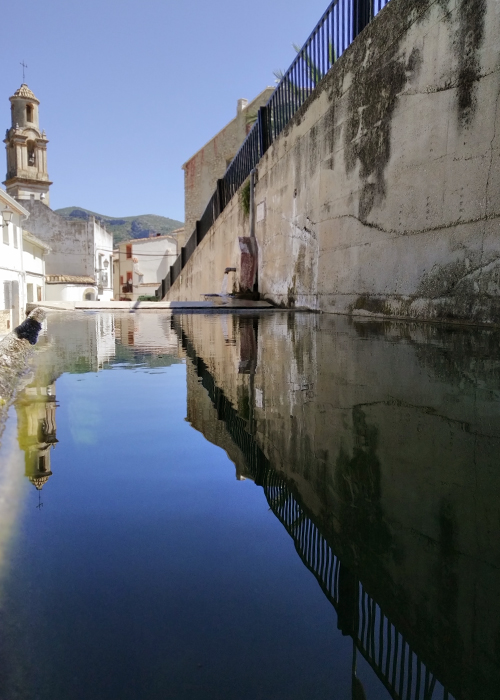