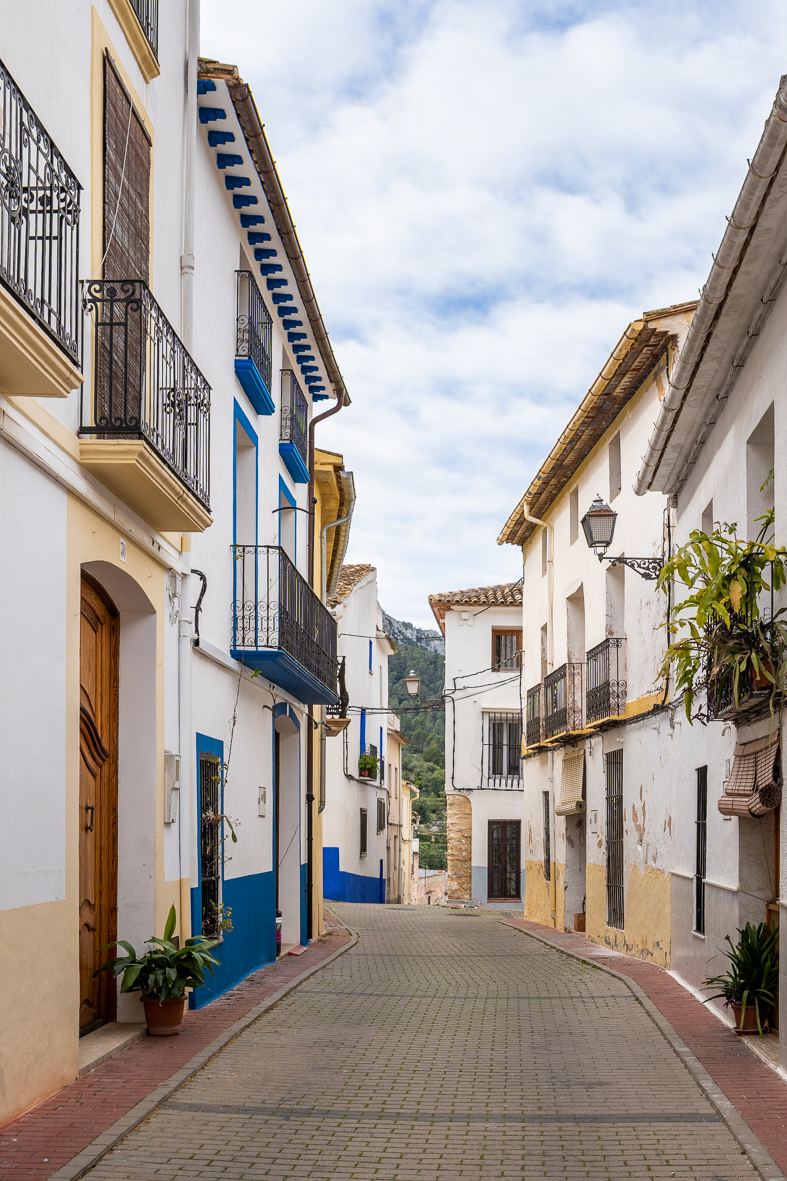 BENIRRAMA (also written as Benirama, Benirahama, Benera-hacma), from the Arabic /Bani Rahma/, name of the family or clan that founded the farmhouse. It appears documented for the first time in Llibre de la col·lecta del morabatí de les valls de Gallinera i Ebo (1369).

It is the lowest village in La Vall de Gallinera, since it is located at an altitude of just over 300 metres above sea level, on the right bank of the Gallinera River. It has 83 inhabitants (2019), although on weekends many people return to the village and there are also many people from places like Gandia, Dénia or València that have a second house in La Vall de Gallinera and sometimes spend weekends in the valley.

Benirrama is the first of the towns when entering the valley from the east, through the Gallinera ravine. The village can be reached using a country road or by way of the deviation in the CV-700 main road. Using the country road leads to a fantastic place called Font de la Mata, a natural spring.

The main road passes by the remains of two flour mills. One is the mill known as Molí de Dalt or Molí dels Moliners, located on the left bank of the intermittent Gallinera River and below La Venta de Baix and Benirrama’s washing place. This mill stopped working at some point during the period 1920-30. Further downstream, there was also a mill called Molí del Mig or Molí de la Porra which received water from Molí de Dalt, ceasing milling activities in 1925.

Benirrama sits on a plain or horizontal part of a hill with an almost semicircular shape, a kind of balcony on the eastern part of the valley, which stands out from the middle of the slope between the mountain and the river bed. Benirrama has three abundant springs: Llavador, Benimarsoc and La Mata, the last two with trees and tables for eating outdoors.

The church, dedicated to Saint Cristopher, consists of four sections with open lunettes and is supported by external buttresses, between which lie the chapels covered at a lower height with a half-barrel vault reinforced by transverse arches and former arches. It has a neoclassical style, marked by a small transept, and there is a choir located at the foot of the nave, configuring a second height, which is accessed from the bell tower staircase, with two parts.

Inside the church there is, among other pieces, an oil painting on wood called “The Last Judgment and the Mass of Saint Gregory”, an altarpiece without attic or predella, undated, which could be from the end of the 16th century. The painting was crafted in three sectors. The lower sector is presented to us divided into three parts, from left to right we can see the Mass of Saint Gregory, which narrates the doubt of one of those attending the Eucharist about the real presence of Christ in the consecration. Suddenly, in response to Saint Gregory’s prayer regarding the sacrilegious doubt, Christ —the Man of Sorrows— appears on the altar with the wounds of the crucifixion and surrounded by the instruments of the Passion. According to Louis Réau, this legend probably originated in the church of the Holy Cross in Rome.

In the second sector, divided into two parts, at the bottom there are the children who were born and died before baptism, in a landscape of nothingness or, in other words, the limbo. Above that, purgatory is depicted, where sinners are in a kind of pool of boiling water, and at the top the angels are welcoming the souls saved from purgatory. In the third sector, there is a representation of hell within the open mouth of a monster (the Leviathan), with a multitude of sinners guarded by demons. In the foreground there is a portrayal of the seven cardinal sins: pride, with a sinner bound on the shaft of a metal jug that rotates while dragons eat his arms. On his left, lust, with a serpent coiled around the body of a sinner who wants to be saved by another sinner, who is held by a black demon; then gluttony appears, with a demon forcing a sinner to swallow; next is sloth, which is presented to us with a sleeping sinner, seized by the back of the neck by a black demon which with the other hand, with needles, takes out the eyes of a sinner who represents envy. Wrath is depicted as a grey demon with a horn on its head that pierces a sinner’s chest with a sword, while greed is shown as a sinner held around the throat by a black demon with a rope from which two bags of coins hang. 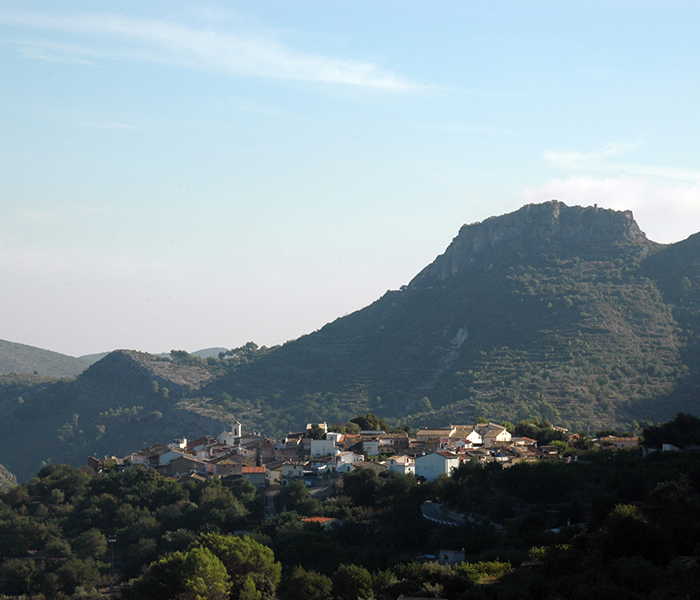 In the middle section, which is horizontal, the walled celestial Jerusalem appears with Saint Peter opening the main gate of the city, accepting a soul presented to him by a guardian angel. The upper section represents the final judgment with God the Father within a mystical almond surrounded by red angels upon a black background, sitting on a throne above the earthly sphere, with arms open, welcoming and separating the blessed from the wicked, the arms outstretched at the same height and with the red hat of passion turning into a purple cloak. To the right of God the Father, the Virgin Mary sits on a throne as mediator presiding over the Deisis, with John the Evangelist and with Peter and James, due to them being the Lord’s favourites and having been present in the Transfiguration of Jesus and at the Garden of Gethsemane; in the second row there are holy women who must have been martyrs, virgins, married saints and so on. In the line on the left, behind John the Baptist, there are indefinite apostles and, in the second row, the first two are deacons and are tonsured and are wearing dalmatics ―one is Esteve and the other could be the Roman Llorenç or the Hispano-Roman known as Saint Vincent of Saragossa―; there is also a Franciscan habit (perhaps Saint Francis of Assisi?) and behind that person there is a monk in a black habit that could be Dominican because the tunic and scapular are white but the hood and the short cloak are black (maybe Saint Dominic?), meaning that the founders of the great medieval mendicant orders are depicted. There is also another person with a long beard and a black habit, who could be Saint Benedict. Next to the heavenly court there are twenty people in niches, dressed in white, representing the chosen who contemplate the glory of God the Father. Their gender is unclear and all appear depicted with the same body position. 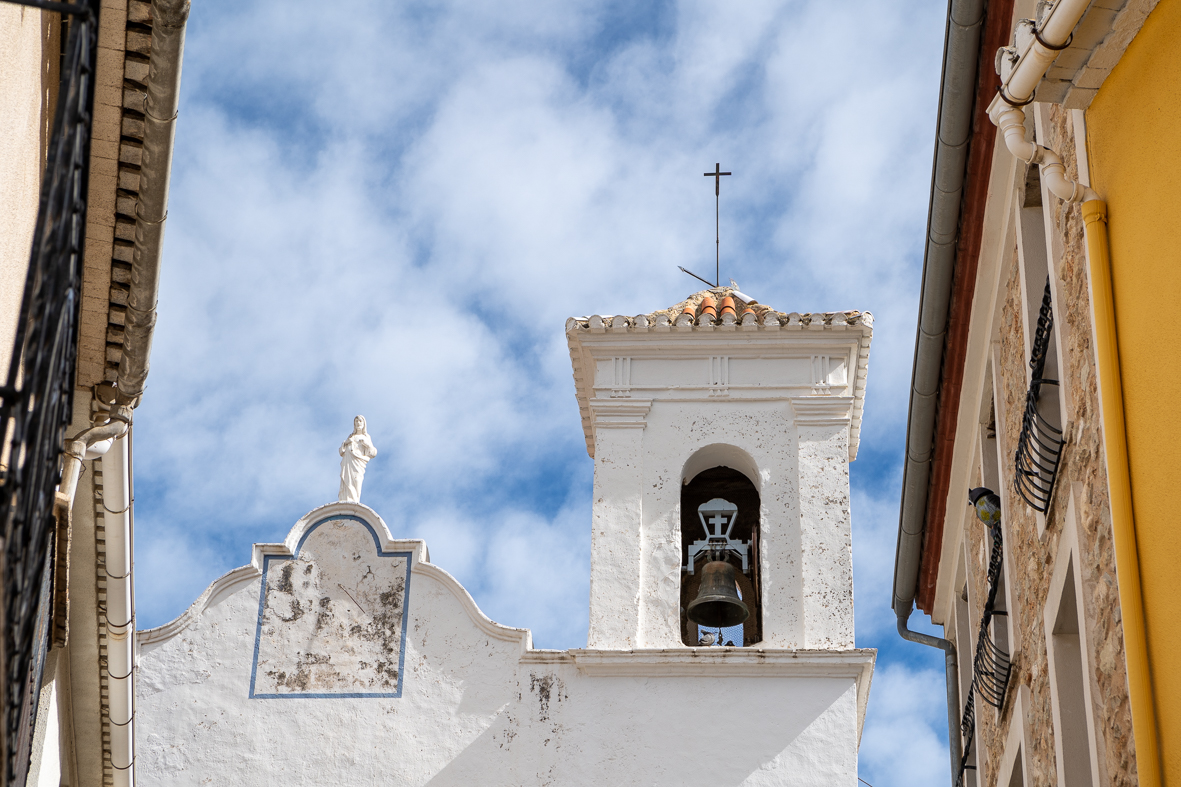 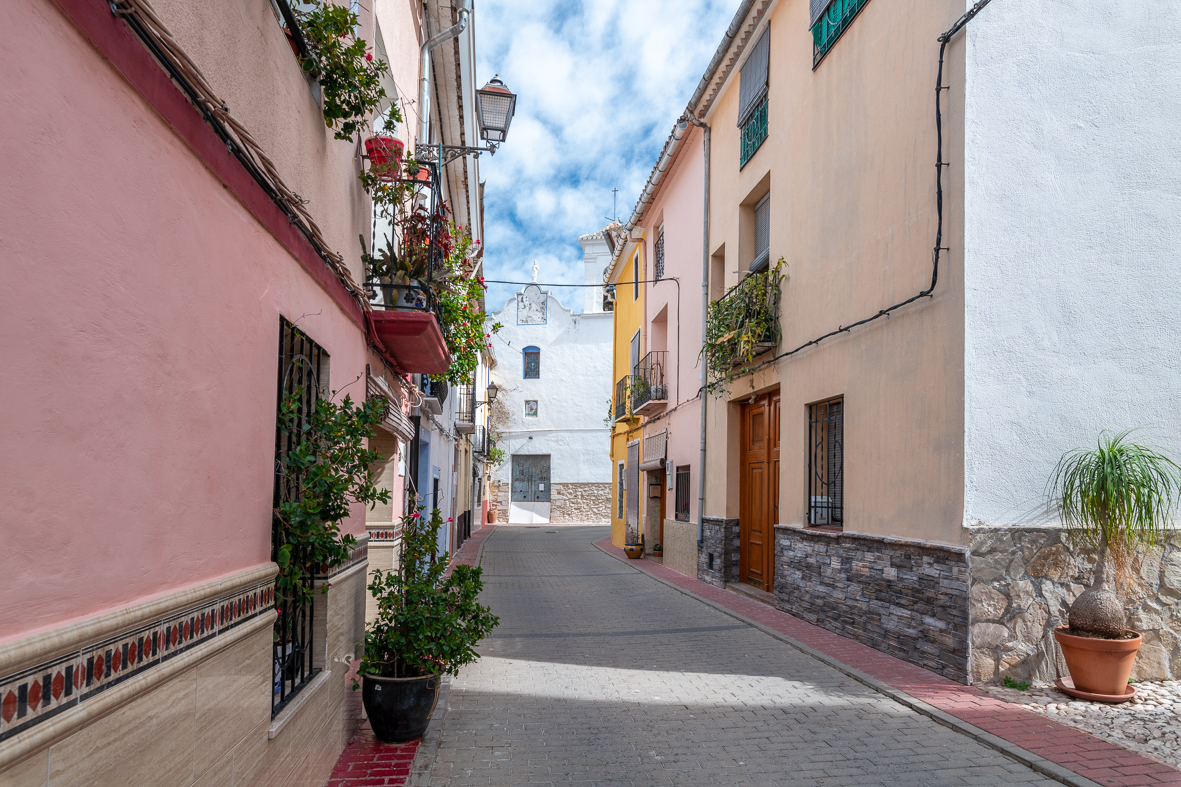